Following some restructuring at Renfrewshire Council and several new appointments, we were invited to work more closely with them as they embedded these changes.

Future Proof Learning has worked with this large and diverse Council for several years.

The staff engagement sessions were going to be very challenging as this type of activity had not been very successful in the past, due to a lack of ownership and follow through.

New staff appointments were taken by people who were either new to the Council or who hadn’t worked in local government previously in their careers. This was exacerbated by joining during lockdown and not being able to meet with new colleagues face to face to build relationships. 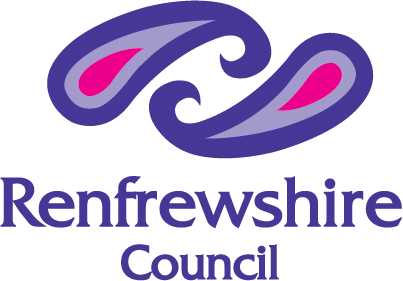 Solutions: Individual One to One Coaching, Team Coaching, A New Business Model and Change Management

The approach involved some leadership workshops, a series of staff engagement sessions and individual one to one coaching for the senior team members.

The coaching sessions went very well and were well received by delegates as an effective way to understand the concerns they had in the past.

As the changes were gradually rolled out across the Department, we were asked to assist with the creation of a new business model for a significant part of the service. This involved: critiquing the design, aligning the teams and the business components as well as supporting several new appointments that had been made by using both team and individual coaching.

It was the intention of the Head of Service that the new appointments should be made on a fully meritocratic basis and that younger, less experienced staff should be considered as part of the senior team in the new model. To facilitate this, it was essential to support them fully in their new roles by providing individual one to one coaching and team coaching.

This mostly took place during lockdown, which added greatly to the complexity of the challenges they faced. However, by judicious use of digital platforms, we maintained high levels of engagement with the coaching support as well as several new modules that we designed for them to help them in their new roles.

Indeed, the client was very keen at various points that we accelerate the development. So, we offered increased individual one to one coaching support to help the team members deal with the significant pressures and isolation faced during lockdown. We also offered very creative team sessions that enabled strong connections to be made across new and existing team members.

After a long and intensive programme of change and development, the new service model has now been fully embedded. We have now been reappointed to provide an enhanced support role for all of the team and been engaged to continue the individual one to one and team coaching as the new model is rolled out.

An innovative, new performance review system has managed the performance of people in front-line roles.

”Our service was remodelled as part of an overall Transformation Programme. This resulted in the recruitment of a brand-new management team, as well as redesigning all job roles for front=line staff.

One of our main priorities was to change the culture of the service and ensure the new management team worked professionally and consistently, providing support to the front-line staff in their new roles and ensuring effective service delivery.

We approached Future Proof Learning to work with the management team, to help identify their strengths and weaknesses, working on these to develop a cohesive and successful team. FPL have continued to provide invaluable advice and assistance, coupled with ongoing coaching and development sessions to ensure the team remain focused on maintaining the professional ethos of the new service.